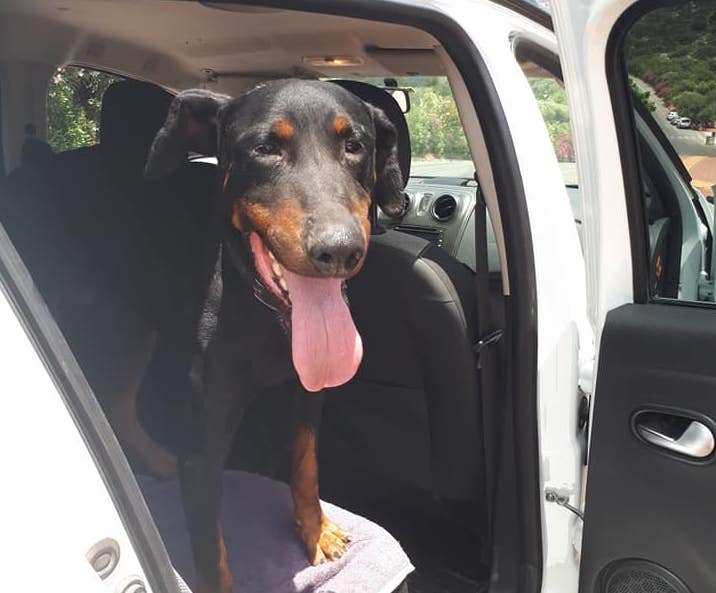 Doberman Looking for a Home – ADOPTED

This beautiful Doberman was rescued by one of our volunteers, after her help was sought by two sisters, who heard reports of it wandering around in a village near Kalkan. It had either been kicked out of his home or got lost, and had been trying to find safety around for 5 or 6 days trying to find somewhere to settle. Unfortunately, he was not wanted in the area, and some locals were throwing stones at him in order to get him to move on. Obviously he was very confused by his plight, and this physical abuse didn’t help his situation. Melek and her friends found him, lying in his own waste, and surrounded by flies – as a result of the abuse, he had wounds on his body, was dehydrated and malnourished. In order to move him away from that area, Melek went and got her car … and as soon as he saw it, he perked up immediately, and ran to the car – and sat waiting patiently for the car door to be opened for him, and got in – by himself – straight away. This was a clear signed that he has been owned, and is used to be driven in a car. The sisters were originally going to look after the dog, but one of their dogs attacked him, and so Melek had no choice but to find him an alternative temporary home whilst he receives medical attention and treatment. The vet in Kalkan has given him a thorough check up, and it was discovered that he has a broken foot, for which he has had a minor operation to rectify the break. All blood tests came back clear. So, apart from that injury he has a clean bill of health. He will be neutered during the course of the next week or so. This lovely Doberman is approximately 5 years old. He has obviously been trained; he sits, and waits, on command, and will wait for his food to be given to him (and doesn’t beg at the table). He is also good with children and cats … so would make an ideal pet for someone. However he has ended up on the streets is a mystery … but he is a very intelligent dog, well trained and desperate for love and affection. If anyone can give this beautiful boy a forever home, please contact us. 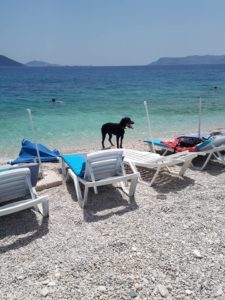 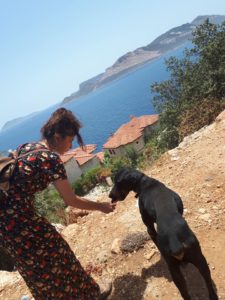 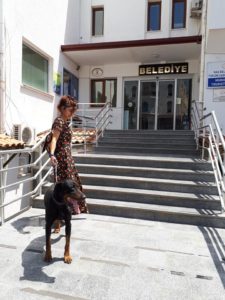 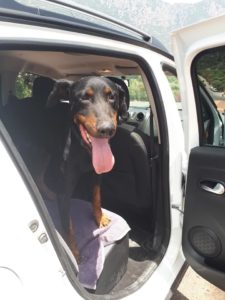 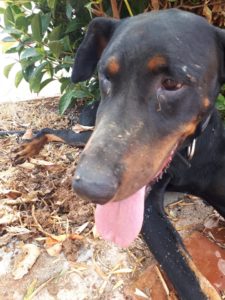 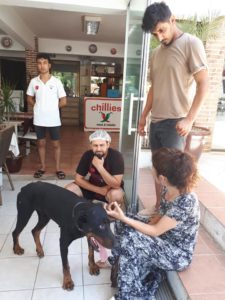 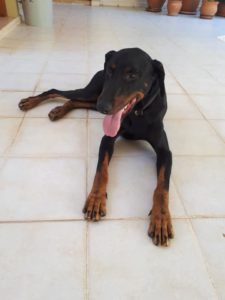 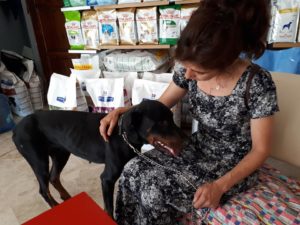 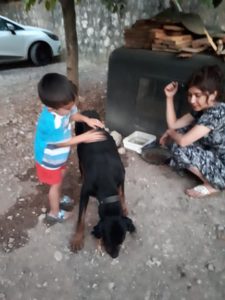