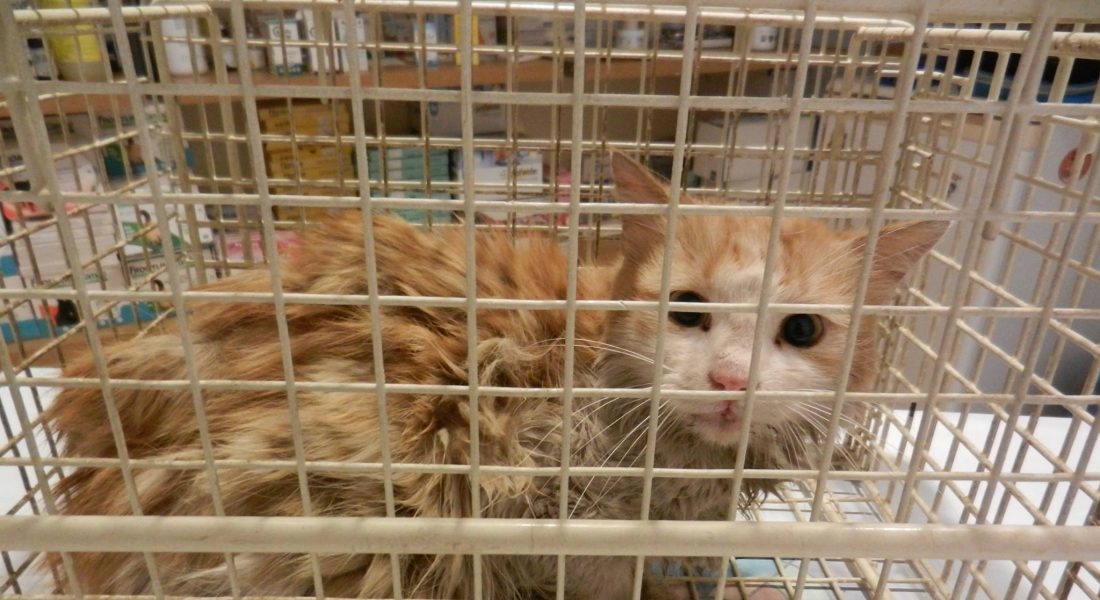 The ginger cat that has eluded capture for so many months was caught today. We have to thank the wonderful staff at Sultan Patesserie (next to Atta Rest) for all their help. They got to know about the cat when it started to visit their garden and they have slowly won his trust and when we visited today one of the staff grabbed it but didnt pick it up, we had the trap at the ready and it was shoved inside and we set it off before the cat knew what was happening! Strangely he didnt struggle once inside and maybe was happy for some help, who knows. All the staff where thrilled and our volunteers too, so many have tried to help over recent months.
We took him straight to Hasan and he gave him anesthetic immediately so he could be examined. As we suspected the problem was his teeth and he had to have 8 removed. At the same time he was neutered and his coat was attended too. Hasan showed us the best way to treat it and whilst he did much of the work, Linda managed to do a lot too – a new cat emerged!! He was in quite good condition and not as skinny as you might expect but he must have had awful toothache and felt so miserable. After flea and tic treatment he was left to sleep off the effects of the anesthetic but woke up for a very short while and then back to sleep, at the HQ again. Its been a big day for him but hopefully he will be a happier cat from now on. Thank you so everyone who told us about him and everyone who tried to catch him, we got there in the end!!!
Another cat was neutered from Kiziltas today also,we had a good look around and luckily one unneutered male appeared,its really hard when so many have been done and frustrating when we are know there are a couple of prolific breeders up there.
Anyway to just get the ginger would have made our day, we will see how he is tomorrow, the plan is to release him as keeping another day may cause more stress but he can stay with us an extra night if need be.Soft and tasty breakfast will be on the menu tomorrow! 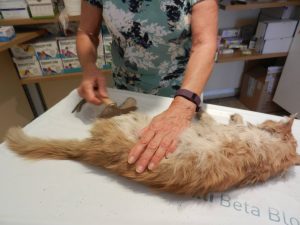 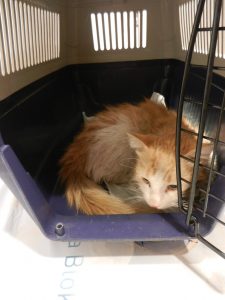 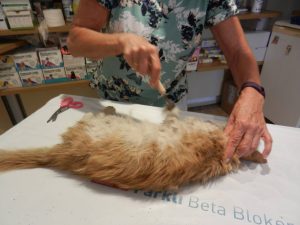 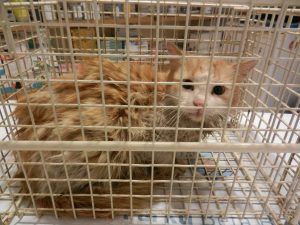 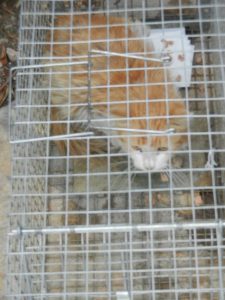 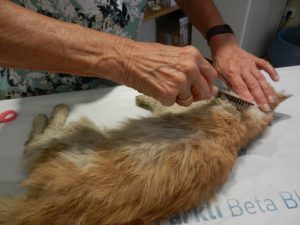 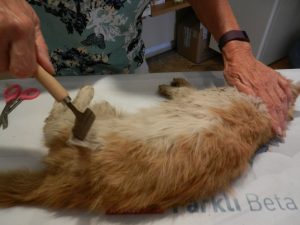 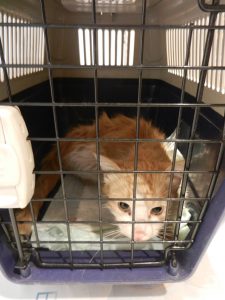 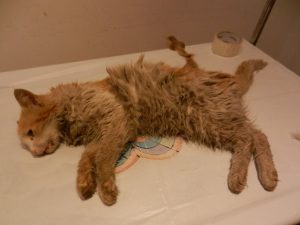