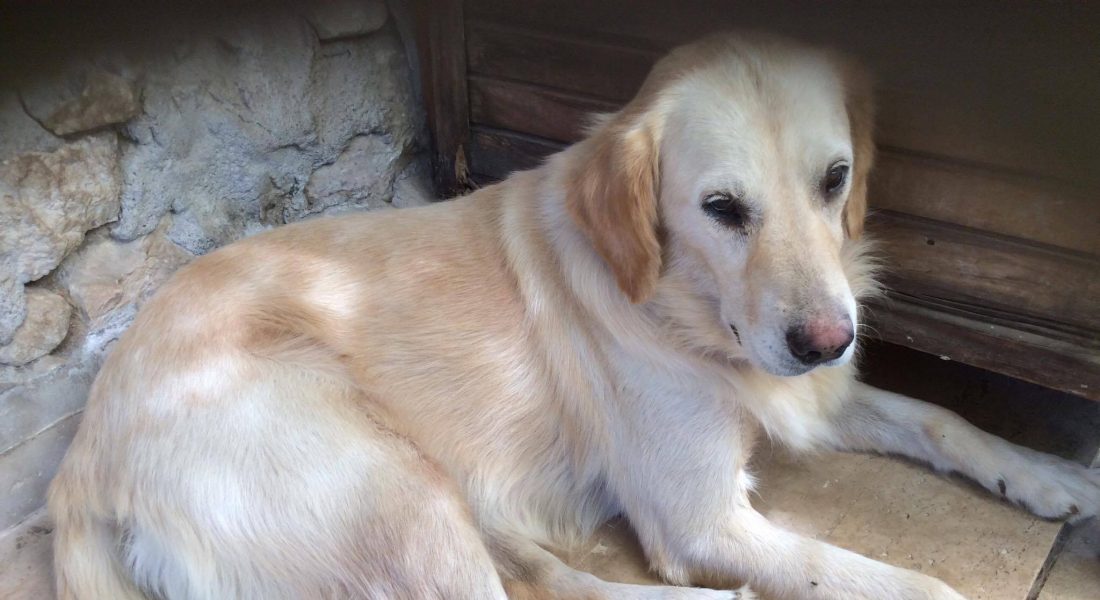 Words and Pictures from Sandra via our facebook group.

Akbel dog – This dog was found in a terrible state in Akbel today and Moira has identified it was the same dog that she spotted in Kalamar yesterday.These pics were taken after it was treated and cleaned up and arrived at Esras for foster care.When Sue found the dog today it was bleeding profusely from the nose and very distressed.Gulfem collected the dog and Hasan was kind enough to see it straight away.The dog tested positive for ehrlichiosis which is caused by tics and gives this heavy bleeding.Whist it has another blood parasite too it tested negative for leaishmania so the illnesses are curable and treatment was started straight away.What a lovely calm dog,Esra had to hold an ice pack on the dogs face and she was very accepting and seemed to know she was being helped.She seems a good weight and we hope for a full recovery and maybe a good home too…..Thanks to everyone who helped out today,the phone lines were buzzing all around Kalkan to get everything organised!

2 weeks later and huge improvements to this gorgeous girls condition

Badem aka Bonnie has progressed really well!! She has now finished her meds,her eyes are normal and her coat is improving.The good news is that in december she will go with the UK charity Happy Paws to a new home in the UK.Esra has completed her nursing dutiesand she is now with Jan and Kevin until she travels.A big thank you to everyone who has helped Badem,her life was saved and she now has a second chance…..