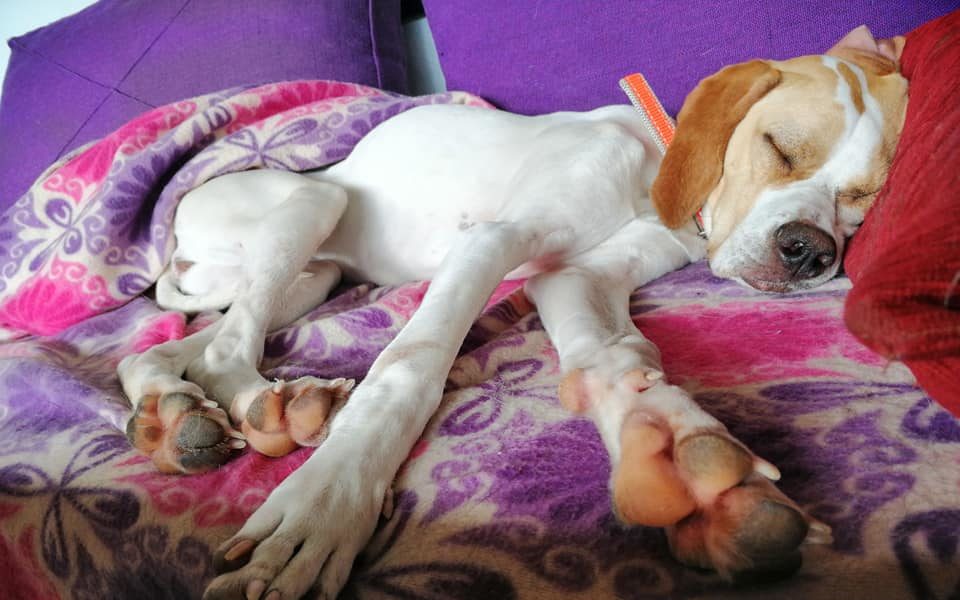 As many of you are aware Cindy was found at the end of March having been dumped in the back streets of Yesilkoy and abandoned to her fate. Kind locals were feeding her until there were threats to shoot her and she was taken and dumped yet again. Cindy being a fighter managed to find her way back to Yesilkoy but was not in the best of health so Melek Toksoy contacted Gulfem Cevik and asked her to intervene and take her to the vet. Caroline Mc Clorey took her to the vet and noticed how underweight she was and suggested before she was neutered that she was give a snap test. Sadly Cindy tested positive for Leishmania. Cindy has had to return to the vet on numerous occasions and Kapsa have been paying for a large amount of her medical bills which since the beginning of April include quite a few over night stays, numerous tests and continued medication of Monodoks, Allopurinol and Probiotics. Due to the sensitive state of her tummy Cindy has also been fed on special gastrointestinal food at a cost of 150 tl per 2kg bag. We now have the opportunity to give Cindy a course of Milteforan for her Leishmania at a cost of £155. This will give Cindy the best chance of recovery. We are hoping this will make a difference to this brave little dog who just keeps on fighting and fighting and never gives up!! We would like to continue to give Cindy the best medical care and every chance to hopefully recover and to lead a normal, happy life. With the help of Gulfem Cevik and her dedication Cindy is being very well cared for but her medication food and tests have been so expensive and are still on going. Kapsa normally would not ask for donations for a specific cat or dog but in Cindy’s case as her tests, food and medication are so expensive if any of you would be kind enough to give a small donation towards helping to give her a chance to recover we would be incredibly grateful . If you would like to donate towards Cindy’s care please do press on the link below. Many many thanks for helping to give Cindy a chance to recover. Any money raised above and beyond Cindy’s needs will go towards helping all of our street dogs and cats.

29 Comments to Support for Cindy